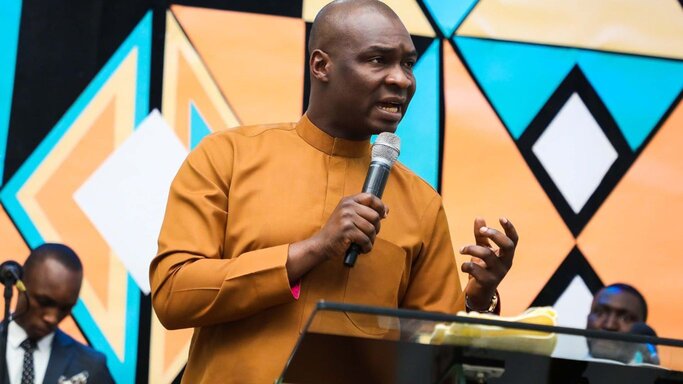 Who Is Apostle Joshua Selman?

Apostle Joshua Selman is a well-known Nigerian Gospel minister, author, speaker, and televangelist.  He is the founder and Senior Pastor of the Eternity Network International (ENI), which has a program, Koinonia, a gospel fellowship that holds weekly in Samaru, Zaria, Kaduna State in Abuja, Nigeria. I will talk more about Koinonia later, so read on.

Therefore, one can attest that Apostle Joshua Selman received an early calling to serve God when he was just a boy.

Although he faced uncertainty along the way and conflicted with the storms of life, he endured and made the Lord his focus. As a teenager, Apostle Joshua Selman developed the habit of reading and studying the Bible all alone, thus paving the way for him to understand the things of the Spirit.

Shortly he received the Holy Spirit as a ministerial oil for the work we’re seeing today. Since then, God has miraculously done great signs and wonders through his humbled servant.

He has been having an encounter with seeing the invisible through dreams and visions.

And in one instance, he had a dream in which he was ministering in the university and started having meetings with heavenly personalities and notable apostles of God. Not much has been documented about his primary and secondary schools, respectively.

Apostle Joshua Selman had his tertiary education at the Ahmadu Bello University, Zaria, Kaduna State, Nigeria. At the university, he studied chemical engineering and got the chance to start her ministry over there by sharing the Gospel on campus.

Koinonia is a Greek word that means “a Christian fellowship or communion, with God or, more commonly, with fellow Christians.”

Koinonia was established with the sole aim of serving as a medium of reaching out to God with worship, love, miracles, sharing, listening to the word of God, and experiencing the true intimacy with the Holy Spirit.

A weekly program holds on every Friday of the week and is hosted by Apostle Joshua Selman himself.
Koinonia has four primary cardinal missions with which it uses to operate, and they are;

The Core Value Of Koinonia

Also, the core values of the program are;